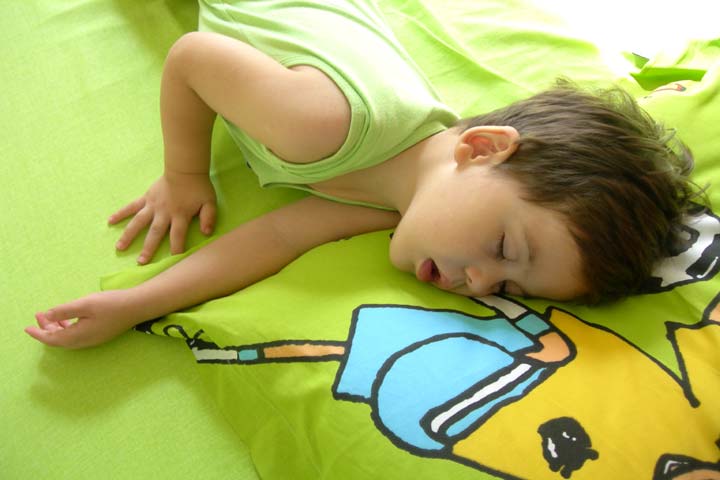 When we think of sleep disorder we generally associate it with adults. However it is fairly common in children as well and mostly goes undetected.

Importance of Quality Sleep
We think that if children are not waking up in the middle of the night due to nightmares and are sleeping for the required number of hours it is enough for them. We tend to forget that it is not only the number of hours that the child sleeps but the quality of sleep that will help in proper growth of the child.
The quality of your child’s sleep will impact the behaviour of the child. It is commonly seen that children who do not get sufficient amount of quality sleep at night tend to be hyperactive during the day. They are unable to pay attention, focus and concentrate for longer periods. Most of the times, as parents, we are unable to associate this behaviour with insufficient sleep and instead think of it as a behavioural issue.

Interrupted Sleep
Even if your child sleeps for 10 hours in the night, waking up feeling rested in the morning will depend on the actual amount of time spent in uninterrupted sleep. Children may wake up in the night due to many different reasons; some are merely habits while others are due to some disorder like sleep apnea, confusional arousal, sleep walking, sleep talking, nightmares etc. Most of these disorders are overcome as the child’s central nervous system develops.
However if your child complains that sleep makes them tired and have frequent waking up sessions in the night, is agitated and irritated during the day, it is best to consult a doctor.