Your Little One May Experience Fear On Seeing Their Own Shadow 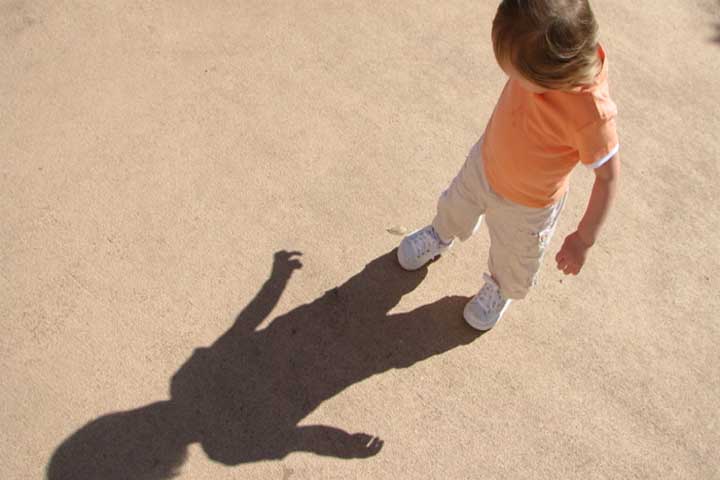 At this stage, fear is a normal part of your little one's development. Nearly all children go through a phase of being afraid of darkness or feeling scared when looking at their own shadow. It is usually seen in children around 2 to 3 years old, and can last till the time they are around 5 years old.


What you need to know

Fear develops when your little bundle of joy is old enough to have some imagination but is not yet old enough to distinguish between fantasy and reality. He has a very active imagination now, and will be influenced by many things he sees on television or things that he hears throughout the day. Even though you give him a calming and pleasant bedtime routine, there will be many distractions that keeps his tiny mind busy and active in the darkness. There could be times when he suddenly sees a shadow in the darkness and relate it to a witch he saw in the cartoon.


What you can do

The best way to help your hero would be to discuss his fears with him. Talk to him and make him understand the reason behind his fears. You can turn off any stimulating videos on television shows or films. Ask him to draw pictures of what he is afraid of and encourage him to throw it away. Teach him to use phrases like “ I’m not afraid”, “I’m not scared”,  “I’m not alone”.