There are many misconceptions regarding fertility treatments that we are going to discuss below. Many myths are believed by the fertile community but also by those who are trying.

1. Infertility is a problem of women

Females are generally tagged as infertile whenever a couple fails to conceive after a certain period. Well, the truth is, it is a people problem than a female problem. Infertility can be experienced by both males and females. 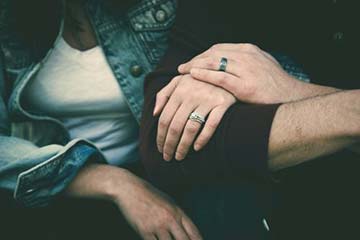 A study shows that one-third of the infertility cases are due to men and another one third are due to the females, while the remaining one-third are neither men nor females as the reasons are unknown.

Infertility is not a heterosexual issue. In most cases, it is situational infertility, that is, they require fertility treatments and that's it.

There is also one myth that if a man ejaculates then he is fertile and the problem will definitely be in the other partner. This is not true. For the vast majority of men that are struggling with male infertility, the main reason is unknown. This means that everything is fine and factors causing infertility are unknown. Healthy erectile function and normal ejaculation do not mean that you are fertile.

Problems with sperm count, shape, and quality are the main reasons behind male infertility.

People believe that cough medicine works as a wonderful remedy and can make you pregnant easily. It is taken as an over the counter fertility drug. The main reason behind this is the cough syrup contains drugs like guaifenesin that helps in thinning of the cervical mucus that can help in getting pregnant. This is because in some females the infertility is due to the thick mucus plug, which can easily be thinned with the help of cough syrup is not bad.

The truth: There is no evidence to support this theory.

4. Clomid is a wonder drug

Clomid is a very effective drug but the myth that it can make anyone pregnant is not true. This is because if you are a female who has a problem with ovulation or egg size then this drug will help you achieve your goal. But if you don't have any issues then it won't help at all.

But in some cases, it can decrease the quality of the mucus discharge as it can make the cervical secretions stickier and less abundant. Cervical mucus helps the sperm to move up to the reproductive organs.

Also, keep in mind that it won't help in male infertility and also if you have any blocked tubes or other anatomical issues. So, better to go for investigations before taking such drugs to save yourself from any side-effects.

5. Infertility won't let you get pregnant on your own

First of all, we need to distinguish between infertility and sterility. Infertility is when a couple does not conceive even after a year of trying. But that does not mean that they cannot but we have only got a reason to suspect that there is something wrong. Infertile couples can conceive after some time once their reasons for infertility are properly dealt with.

On the other hand, sterility is a different thing. So, if we say that a man or a female is sterile that means he or she could not conceive without medical help. For example, a female who's both fallopian tubes are blocked can be considered as a sterile female.

6. Adoption is a solution

Some people think that if you adopt a child, your mind can relax and you can get easily get pregnant. However, neither adoption nor relaxation is the reason for the pregnancy or solution to it.

It is believed that MANY people undergo IVF treatments these days. Well, the truth is, less than 5 percent of the infertile population go for this option as infertility treatment depends on why you can't get pregnant. Blocked fallopian tubes or severe male infertility could be the reason to go for this treatment.

The older you are, the more infertile you get. Age is only a factor that is affecting fertility but not the only thing. So, young men and females could be infertile too. Many women are struggling with infertility after 35 years of age but you can see that there are also many cases of infertility below the age of 30.

9. IVF can be performed at any age

People put off having children for many reasons. No one has to rush for having babies. Some people believe that if age is the problem for conceiving then IVF is a sure-shot solution for this. This is not true as just like natural fertility decreases by age, the chance of IVF success also decreases with the advancing age.

According to the statistics, 33 percent of the females succeeded in conceiving after having IVF treatment below 30 years of age while this percentage falls to half, that is, 17 percent in the age group of 35 to 40 years.

10. IVF treatment is the security of multiple pregnancies

This is not true as IVF is least likely to produce a high order pregnancy, that is triplets or quadruplets. With IVF, embryos must be transferred back to the uterus while in most of the cases the doctor would not transfer more than two embryos at a time. Moreover, elective single embryo transfer is becoming very popular these days.

11. Try, try again and you will succeed

This is a myth as nobody can predict that the fertility treatment given to anyone will succeed or not and even if they do succeed, when would it be.

13. If you already have a kid don't worry about fertility

Disclaimer : Content presented here is for information purposes only, please consult with your doctor for any health queries

15 Signs that Suggest Infertility has Taken Over Your Life

6 Things Women Struggling with Infertility Want Others to Know

7 ways to bond with your partner during pregnancy

Cold feet before delivery: Tips to deal with physical & psychological changes in pregnancy

5 Things You Should Do As a Couple Before Baby Arrives

How to Support your Partner during Infertility Treatment?