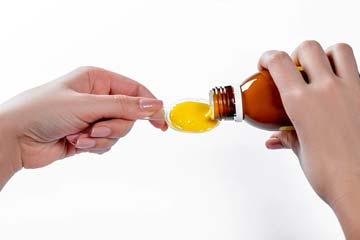 It is essential to spot early and prominent signs of vitamin deficiency in your child so that his growth and development doesn't suffer.

Also known as pyridoxine, vitamin B6 belongs to the group of B complex vitamins and contributes exponentially to factors like enzyme reactions, protein metabolisms, hemoglobin formation, as well as immunity functions among many others. The best sources of vitamin B6 includes fruits and vegetables. A deficiency in vitamin B6 can increase the risks of cognitive issues, cardiovascular issues, among many others

Signs and symptoms of Vitamin B6 deficiency:

Vitamin B9 is also known as Folate or Folic Acid and is a part of the B-complex vitamin group. It is a water-soluble vitamin that helps in the normal growth of cells especially in infants and children. Folate also helps in synthesizing DNA. A folic acid deficiency in children can cause serious side effects. It can lead to children with low birth weight (when pregnant women have folate deficiency), neural tube deficiency (birth defects affecting the brain and spinal cord), folic acid deficiency anemia etc.

Signs and symptoms of Vitamin B9 deficiency:

Vitamin B12 is also known as Cobalamin and is a water-soluble vitamin. It plays an important role in the normal functioning of the nervous system (brain and nerve function) and in the maturation of developing RBCs (red blood cells) in the bone marrow of your child's body. It is not produced in the human body and needs to be obtained from food. Vitamin B12 deficiency is found in breastfed kids whose mothers have B12 deficiency themselves. The symptoms of the babies may show before their mothers do.

Signs and symptoms of Vitamin B12 deficiency:

Vitamin C is also known as ascorbic acid. It is a water-soluble vitamin that acts as an antioxidant that helps protect cells from the damage caused by free radicals that are formed when food is converted to energy. Vitamin C deficiency is not that common in kids and is known as scurvy. The human body does not naturally store vitamin C so its intake should be through proper diet.

Vitamin D is a group of fat-soluble vitamins that are responsible for the intestinal absorption of magnesium, calcium and phosphate. It is known as the ͞sunshine͟ vitamin because the human body needs direct UV light from sunshine to make vitamin D. 90% of the vitamin D needed by the body is made by the body itself. Children need adequate Vitamin D to form healthy bones, teeth and muscles during their growing years. vitamin D deficiency leads to rickets (a disease where the tissues in the bone do not mineralize, leading to soft bone and skeletal deformities) in children. The symptoms of Vitamin D deficiency are not easily identified. These days, doctors prescribe Vitamin D supplements to all babies to prevent deficiency. The best way to get vitamin D is from sun exposure and through milk (breastmilk and later on, cow's milk).

Vitamin E is a fat-soluble vitamin found in many foods. It acts as an antioxidant that helps protect cells from the damage caused by free radicals to specific fats in the body that are vital for your health and naturally slows ageing. Vitamin E deficiency is very rare in kids even if they are fussy and picky eaters. It is only found in those children who suffer from malabsorption of vitamins or low birth weight.

Vitamin K is a fat-soluble vitamin. It is needed for correct/proper blood clotting and preventing excessive bleeding. Vitamin K deficiency leads to a condition known as Vitamin K deficiency bleeding (VKDB). Till the normal intestinal bacteria start making Vitamin K and until the age of 4-6 months when babies start eating solid food, all babies regardless of gender, race or ethnic background are at higher risk for VKDB.

Now that you know the signs and symptoms of vitamin deficiencies in babies, you must consult your doctor as soon as you have questions or witness any of these signs, as early detection helps in effective treatment.

Symptoms you should not ignore at this stage

How to Trim Your Baby's Nails?

Reasons why bed rest is your savior right now

Protecting your back and pelvis the right way