It Is Common For Your Baby To Resist Solid Foods Initially, So Be Patient And Persistent 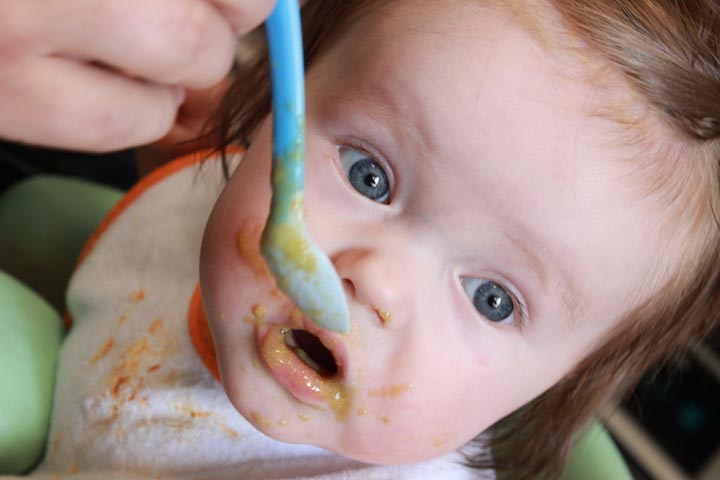 Now as your child is ready for solid foods, here starts the daunting task of making him eat solids. It is quite common for a child of this age to resist solid foods initially, but don’t lose hope and keep trying. He will be adjusted to solids in time.

1. Initially your baby may resist to put something solid in his mouth. He may spit out the food or push the spoon out of his mouth with his tongue or move his mouth away. This is a common tongue thrust reflex in infants, which gradually diminishes over time. Don’t panic. Have patience and try again.

2. Your baby is refusing solids that doesn’t mean he will hate them forever. Respect his decision of not accepting the “newness” of solids. Till now, he is familiar to one taste only and he will take time to get adjust to new taste and texture. Try taking some food on your finger and offer it to your baby. He will slowly feel the taste of new food.

3. Make your child familiar with the cutlery. Give him a baby spoon to play under your guidance. Make the mealtime fun rather than a battlefield. The more you interact with your child during mealtime the more he will be interested in having food. Make sure you are not offering him food in bulk.

4. If he still resists the food, don’t force him to eat. Give it a break and offer him other liquids like juice, soup, and others. Give him mashed banana, potato in small size portions.