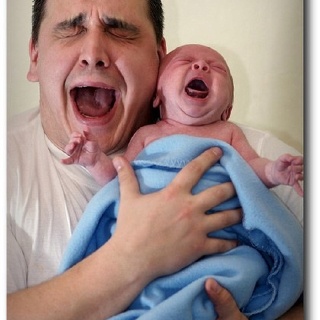 Though the title reads, 10 common mistakes parents make, truth is, as a parent, you are entitled to make your own unique mistakes and learn from them. When you became a mom, you were flooded with advises from all the directions on how to raise your baby. As every baby has got a unique DNA, the way to deal with them is also different. As a parent, we often commit mistakes while raising our children. A famous quote on parenting says, “Prepare your child for the road, not the road for your child.”

Here is a list of some common mistakes that parents make today. Now that you know them, try to exclude them off your daily routine, to give your child an amazing upbringing:

We scare the baby for our own motives like feeding them, making them sleep, bathe, etc. But as the child grows, the fear also grows. It is not good for the baby’s mental development. We should not be selfish by making them scared.

2. Too much of television

Most children enter into the world of television long before they enter school. The first two years are crucial for the baby’s mental development as neurons are growing at a high rate. I personally have noticed the impact of TV on children. I rarely let my baby watch TV but yet he is very much influenced by the advertisements.

It looks cute when the baby starts talking and that too in an aww-worthy ‘baby language.’ But as the child grows and starts going to school, he is made fun of for his baby language tone. We should always have a clear speech while talking to babies as we are the ones who are responsible for their language development.

Just a five minutes walk in the park can lead to more mental alertness in kids. Yes, as a parent we are concerned about our child’s security but when we are with them they should be allowed to enjoy the nature. We must ensure that our child gets to play in nature.

There should always be a limit to everything as too much of anything is bad. We must always set limits for children so that their demands don’t keep growing. Setting limits will, in turn, implement some discipline and the child will be benefited by it in numerous ways.

My two-year child can make such pitiful faces while crying, but that is not a reason for not letting him cry more. But now we have realized that he is an expert in throwing tantrums at us. He knows when to cry and get his demands fulfilled. We, as parents listen to them and give them whatever they want but this is only spoiling the child. Thankfully, with some useful tips from the Parentlane App, we have managed to learn some tactics to tackle the tantrums from them.

Being a protective parent is good for you as well as your kid. We need to be cautious while dealing with them. But being over-protective is not good because we don’t let the kid grow and enjoy on his own. We need to watch his every step and movement but from a distance. Over-protective children often become sensitive.

8. Fighting in front of the child

A child’s learning procedure develops when he is in the womb. Parents often make the mistake of fighting in front of their child. We forget that they are not aware of these problems we face in our everyday life and what impact these can have on them.

9. Rooting for too much of food discipline

The major cause of concern for every parent is the child’s eating habits. Most of us go through the times when the child does not eat anything. We just need to let him feed himself. He will enjoy this. Give them food in their own plate and make them sit with you while you are having your meal. Slowly they will develop a habit of eating properly.

Most of us believe in bribing our child and getting our work done. For example, if I want my son to finish his meals, I bribe him with ice-cream and that’s absolutely wrong. The child develops a habit of always getting something in return when he is asked to do something. We should not bribe them as they are completely dependent on us for their behavior.

For more parenting hacks, you can download the Parentlane App from Google Playstore.