All parents have heard of the terrible twos stage. If your little one is just going to enter this stage and you are fearful imagining all the tantrums and meltdowns, don’t worry. It’s just that the terrible twos have got a bad name (probably a little justified) but if you know what to anticipate and how to manage it, you will come to love this stage as well.

How did the “Terrible Twos” get its name?

After your child has entered your life, things are all lovey-dovey and it is pretty easy to take care of him. Then, suddenly you realize that your little one is not so angelic after all. This is the stage where your little one is pulled in two directions: Exerting his new-found independence and continued reliance on adults around him. This leads to a lot of confusion in his mind which results in meltdowns and temper tantrums. 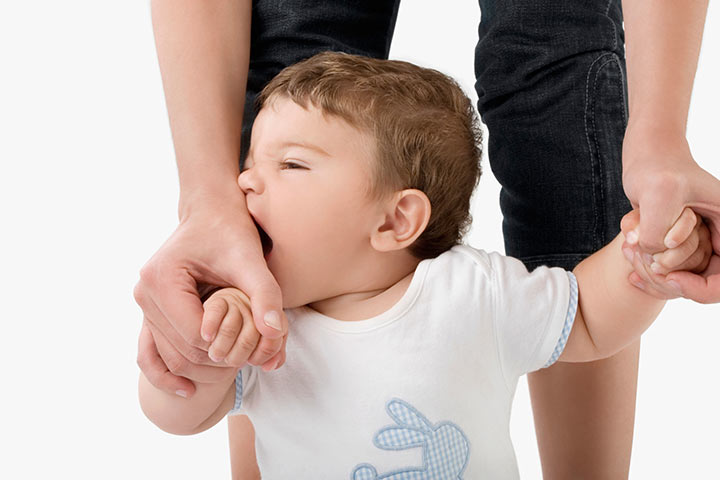 When parents deal with these tantrums that very often take place at inopportune moments, they become frustrated, embarrassed and feel helpless. This is what led to this stage being called the “Terrible Twos”. Keep in mind that the terrible twos don’t start promptly after your child’s second birthday. This stage starts anytime between 13 to 40 months. It is more of a stage than an age.

Challenges in the “Terrible Twos” stage - How to convert the negatives to the positives:

Let us go through the usual challenges of this stage and see how they can be handled so that you get to love the terrible twos:

His vocabulary mainly consists of the word “No”

During this stage, you will see that your toddler refuses to obey or listen to you. If you try to stop him from doing something, he will say “No”.  If you ask him to do something, he will say “No”. It may irritate and frustrate you but you need to realize that he is just learning to exert his independence. He thinks that he can make his own decisions even though he may not have the capabilities to do so. You should not try to curb this independence. Instead, divert it to something that he can do. If it is something that he can understand, explain to him why he should stop doing something he isn’t supposed to do. If not, divert his attention to something else. (Do not start the practice of bribing him). If it is something unacceptable like hitting or biting, you need to put an end to it immediately by being firm but not angry. Consistency is the key. Don’t give in. If you allow him to do something once and then prevent him the next time, he will only get confused.

At the same time, if he is doing something harmless but it is only inconvenient for you (For example, it is messy or it takes a long time etc.) do not stop him. This will satiate his need for independence. It is this very independence that you will admire and appreciate when he grows up. To encourage him, give him choices in his daily routine like choosing his clothes for the day, food that he would like, games that he would like to play, etc. You will then see him thriving and you will love it!

He throws a lot of temper tantrums

A common cause for a temper tantrum is when your child gets frustrated that you are not able to give him what he wants. Keep in mind that temper tantrums often take place when your little one is hungry, thirsty, tired, bored or feeling overwhelmed. You can anticipate the outbursts by paying attention to his verbal and non-verbal cues. He is at that stage where he is not able to communicate exactly what he wants. For example, he may say that he is hungry but when you give him food, he starts crying. This is probably because he wanted to eat an apple but you gave him a banana.

When your child throws a temper tantrum, don’t raise your voice or let tempers rise even if he throws himself on the floor and cries. Ignore him initially and later calmly kneel down to his level and ask him what he wants. He needs your assurance. Then, acknowledge his feelings whether it is sadness, frustration or anger. Explain to him that his feelings are normal but that acting in that way is not.

If temper tantrums are in a public place, don’t let it get to you. Seeing you get embarrassed, panicked or angry will only make it worse. Instead, take him away from the place to a quieter place. Hug him, cuddle him and when he calms down, explain things to him. Be consistent always. That will reassure him. Gradually over time, the temper tantrums and meltdowns will also reduce. Use this time to help him better his communication skills.

He wants to do everything on his own

In the terrible twos stage, your toddler wants to do everything by himself. Though at times it is aggravating for you, it is, in fact, an excellent opportunity to get him to help you. He will want to help you clean, cook, talk on the phone, wash his hands and follow most adult routines. However, he still doesn’t know what is unsafe which is where you need to step in and help him. Take his help in doing small chores like watering the garden, keeping things back in their places, setting the table, etc. This will build his confidence as well as he will learn a lot of new things.

Once you understand the reasons behind your toddler’s behavior, you will find it much easier to manage the “terrible twos”. In fact, at this age, he is so innocent and eager to please you, that he will come running to you for a kiss or hug that takes away all his boo-boos and your troubles as well. Toddlers have an innately trusting spirit and will teach you how to find joy in the simple things in life. Their willingness to smile and laugh at everything is something that we need to inculcate. There is so much that we get to learn and love at this “terrible twos” stage, that it seems more like the “wonderful twos” rather than the “terrible twos”, doesn’t it?

To know more about your toddler's daily development, check out the Parentlane app

Traveling with your little one: Everything you need to know