Uh-Oh! Your Baby Just Discovered that Screaming is his Veto Power!

Beware! Your child has now discovered the power of his voice and is beginning to experiment. There are times when he screams at the top of his voice and drives you crazy. At such times, if you lose your cool and scream back at him, your little one will get the wrong message.

Instead play a game of who can shout the loudest and pretend to scream with him. Next ask him to play a game of who can whisper the softest. Finally move on to play-acting, and then to singing softly. Your child will realize that screaming is just one of many other exciting things that he can do. Later you can gently remind him to speak softly. 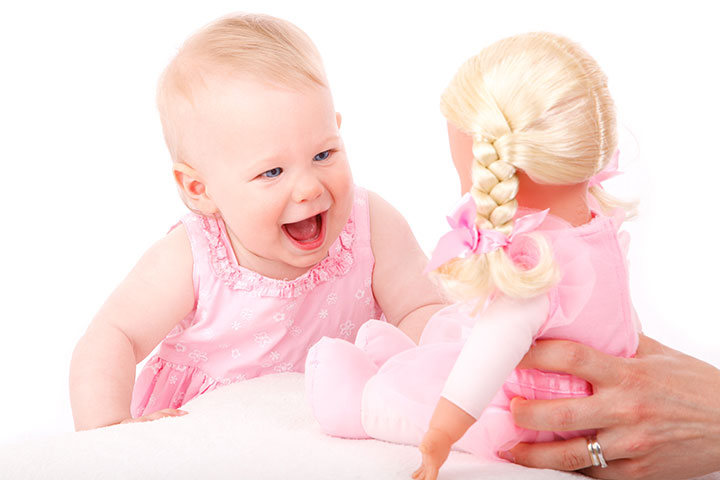 Screaming as an attention-seeking device:

Do not respond to your child’s screaming by immediately giving him the attention that he is seeking. Have a talk with your little one when he is calm, and let him know that if you make a certain gesture such as raising your palm, you are asking him to wait and that you will listen to him as soon as you are done.

Whenever he does remember your instructions and waits patiently, reward him with a hug. If your child forgets your instruction, keep repeating it till he remembers to practice what you have taught him.

Screaming as a means of getiing one's way:

Your child has discovered that  by screaming, he gets what he wants very easily. This is a tricky situation. Do not let it grow. As much as possible, avoid such situations in public. When you are at home and he screams for something, firmly tell him that you will consider giving it to him only if he stops screaming.

Stand your ground and do not give in until he stops. Remember, even after he has yielded a couple of times, he will keep trying to see if he can win. If you weaken and give in even once, the point of the lesson will be lost and this issue will take longer to be resolved.

What to do When Your Toddler Stops Napping?